Was Never Meant To Be A Bumper Sticker

That sounds like a semi cool sort of idea right? The kind of idea you want as a bumper sticker or a poster alongside “Keep Calm and Drink Coffee”. It conjures up nice, happy, soft thoughts and makes you feel all fluffy inside. That right there, all that gibberish of non-meaning associated with “cool” and “nice”, is the problem.

The other day I saw a poster on someone's wall that said “Get Sh#t done”. It was designed in a trendy, curved hipster font contrasted by a smooth charcoal grey background so that the white text popped out with a minimalist overtone. At first glance I was like, “Hmm, ok, cool, good idea”. But then the more I thought about it the more it just became a trendy-looking piece of design work printed on nice paper that looked good on a wall and made the person looking at it every day feel cool but probably never, ever translated into that person changing their behaviour and becoming more efficient or effective.

“Let go & Love” was never meant to be cool. It was never meant to be a bumper sticker or billboard. I wrote it because I meant it. It came from the depth of my being. It defines everything I believe in three words and a symbol. Yet the more we wave it around as a motto and the more of a catchy tagline it becomes, the more scared I get because I feel its true impact is slipping through my fingers. Those three ideas are pivotal to everything I believe.

LET GO
Let Go means I believe there are constructs and systems, lies and patterns of thinking that we have let define our working lives. I grew up in the home of a successful entrepreneur who worked sixteen-hour days. That’s a construct. I was schooled in a business that taught me to aggressively seek profit. Again, construct. I was born into a world which defined success by money and things. Construct. 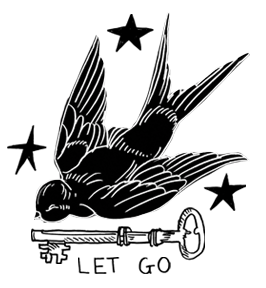 Like racehorses we all have blinkers on and the world system, along with mass media, beats us into a mad dash for an imaginary finish line. But is that really real? How much of what we have been taught is true? What is enough? How much profit do we actually need? How much value do we place on people and their need to thrive? For me then it is critical to let go of what I know so that I can pick up what I don’t and begin to redefine the working world. I want to refine our approach to achieving this by constantly letting go of systems of thinking we didn’t even know we had. Make sense?

& IS INTERESTING
My mentor loves it and taught me its beauty. & is beautiful because it is the ultimate expression of mystery. We naturally polarise things, young people more so than older people because they have less data and therefore are more inclined to pronounce something either right or wrong quite definitively. The challenge is that as you get older you quickly learn that things can be both right and wrong in different circumstances. It would seem then that the natural shade of the world around us is not black and white but probably grey. & joins things; it links ideas, allows for compromise and leaves things open to debate. Unlike a full stop it presents us with options to learn, grow and develop. I like that. I love that we don’t have all the answers and can humbly seek truth from all perspectives. 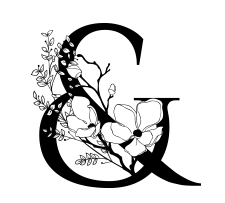 LOVE
Finally we have Love. Again such a trite concept when viewed at face value because we (ok maybe just I) immediately begin to hear Paul McCartney humming away in his ever-so-sincere voice about making the world a better place. I know that’s not the concept but it just seems so fluffy and sweet and that really, really pisses me off. Honestly, the careless way the word “love” is thrown around makes me want to vomit and find some other less jaded way of saying the same thing. But as trite and well-worn as love is, I can’t think of a compass better for the human soul to point itself towards whilst journeying through the stormy seas of the modern working world. When confronted with billboards of naked men and women and rampant, irresponsible consumerism (to name but one of many toxic “isms”) love seems like a good idea to devote oneself to. 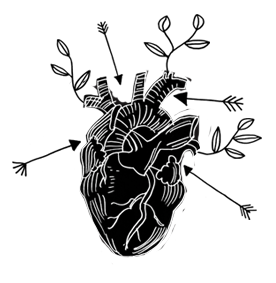 So yah, there you have it, Let go & Love. It’s not just a tagline to sound clever or to bandy around on our branding like something we came up with at a brainstorm. Flipping heck, it’s the cry of my soul and if all it ever becomes is noise, if it loses its ability to call us forward to change the way we talk to one another, how we give creative feedback, handle conflict, handle friends, suppliers, clients and those in need around us, then we are hypocrites of the worst kind. Furthermore, if we blindly follow the patterns of the modern working world around us and don’t find a way to make a meaningful impact and live generously, if we still choose to exploit its semi-coolness”, then I think we are worse off than those who seek profit and nothing else. The problem with ideals is they are great ideas but if you are going to live under them, you damn well better do your best to honestly live up to them.